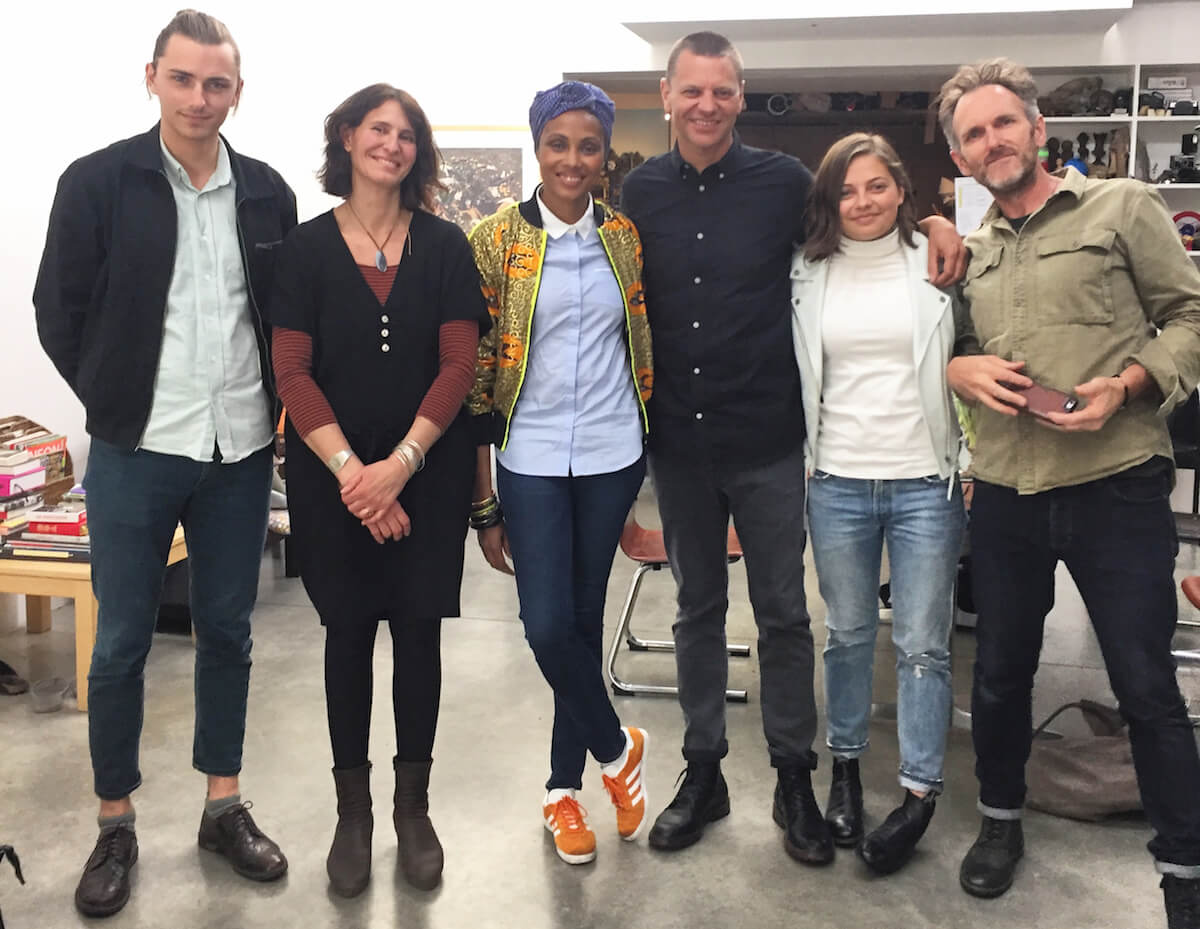 Q&A with the creators of 200 Women

What inspired you to create 200 Women?

Geoff Blackwell: For the past twenty years, Ruth Hobday and I have travelled around the world making and selling books about subjects that matter to us. We’ve been fortunate to encounter people with amazingly diverse backgrounds and uplifting personal stories, but we have also experienced countless examples of painful inequality.

One example of this occurred when we were travelling in South Africa a couple of years ago, and serendipity led me to meet a woman from a township called Khayelitsha. In talking with her I learned that she was born in the same year as me, and had three children that were the same genders and the same ages as my own three children. That strange coincidence gave us some common ground, and led to her generously telling me a little about her life and children, and her greatest hope that her children could have lives that are happier and easier than her own has been. It was a privilege to be able to listen to her story, but there was deep pain in some of the things she told me, and the extreme contrast with my own life and those of my children was unavoidable. Despite this, she was warm, kind, and gracious, and I felt deeply moved by the experience of meeting her and learning about her life, and what mattered to her.

Shortly after this experience, Gloria Steinem came to Auckland and talked about Gandhi and his ‘talking circles,’ where everyone was equal and everyone received both a chance to talk and to listen. Those two events started us on the path towards making this book.

Ruth Hobday: Over the years we’ve worked on a lot of South African books and I’ve always wanted to do a book focussed on the women of the anti- apartheid struggle – there are so many unsung heroes, and women in particular in relation to that specific part of history. This, however, wasn’t to be, and as we travelled around the world our experiences in Africa reinforced just how many challenges women from every corner of the planet and every walk of life have to face, every single day.

Kieran Scott: It will always be the time for truth telling – it’s a constant necessity.

What inspired you to be part of 200 Women?

Sharon Gelman: I have been a feminist since I was twelve and first learned the word and what it meant – the idea of girls and women being equal to men just made innate sense. Books like Our Bodies Ourselves and The Female Eunuch, about the history of the suffragettes and containing the words of activists like Sojourner Truth, along with so many other books, were pivotal to my evolving sense of myself. Women who had gone before me helped me to recognise that I was not limited by societal notions of what a girl or woman should be. When Geoff and Ruth approached me, I was drawn to the idea of contributing to that conversation and helping it reach new generations of women. I was eager to reach out to amazing, diverse women I know and/or admire and find a way for them to be part of an inclusive, collective, egalitarian platform.

Who is 200 Women for? Is this a book about feminism?

Ruth Hobday: No! Equal rights is not a feminist issue. This is not a book about women’s rights – it’s about human rights. We hope that it will educate, illuminate, inspire and delight, and help to provide a platform for everyone, everywhere, to join the wider conversation about gender, and human, issues.

Geoff Blackwell: It is about equality and understanding. I hope this book will give women with diverse backgrounds a platform to talk about what really matters to them, and that it will reach a large international audience of women and men. I hope that the audience will find the beauty  in engaging with these stories, and in feeling empathy and connection so that they feel inspired to be part of moving us all towards equality and understanding.

Kieran Scott: 200 Women is for everyone – it’s a book about the lack of equality in the world today. Not all of the women we interviewed were feminists, a number of them were not afforded that luxury due to the horrifying circumstances they found themselves in; they wish, above all else, to be treated as human beings. Once they are beneficiaries of equality, they can get on with the job of asserting themselves as feminists, if that is something they would choose to identify as.

Sharon Gelman: I hope this book will reach people of all genders, ages, races, sexual identities and orientations, religions and nationalities; anyone who wants to listen to and be inspired by remarkable women – those who have been lauded as well as those who are unsung heroes. I hope this book will speak to men and women and boys and girls who already think of themselves as feminists and that it will also reach those who do not yet identify as such.

How did you go about selecting the five questions addressed to each contributor? What is their significance?

Ruth Hobday: We wanted to tailor five carefully considered questions to not only provide a framework for each contributor to tell their story, but to really find out what matters to them, and how together we can all actively contribute to a just and equal society.

Geoff Blackwell: They seem fundamental to me. They were the questions I really wanted to ask.

What did you learn through this process that you had not known before it started? Are there any interviews that stand out as particularly memorable?

Ruth Hobday: To never take anything for granted. Every woman we interviewed was amazing in her own right. We all have a story to tell, and every single person should have the freedom to tell theirs without restriction or fear of reprisal.

Geoff Blackwell: I learned that the distinction between ‘us’ and ‘them’ is an unhelpful and self-serving construct that’s based on fear and greed – and when there is just ‘us,’ seemingly intractable issues can be overcome, and beautiful possibilities can actually occur.

Kieran Scott: I learned that the world is damaged by greed, misguided power and ideology. Some of us are spoiled and privileged, and others are disregarded and overlooked.

Each contributor to 200 Women has confronted the patriarchy in one way or another; having completed work on the project, how do you feel men, and society in general, can contribute towards dismantling ‘the patriarchy’?

Ruth Hobday: So many people from all around the world, but women in particular, are denied basic freedoms – freedom of speech, freedom of access to education and in turn employment and economic independence, freedom of control over their own bodies and reproductive rights, and worst of all, freedom from violence, brutality and fear.

One of our contributors, Jessica Grace Smith, put it best when she said, ‘Everything we do is a vote for the world we want to live in.’

Geoff Blackwell: By overcoming our fears and by embracing the opportunity and value of equality in our own lives.

Kieran Scott: By stepping back and allowing women an equal footing in life, society, politics etc And stop using religion, tradition, culture and commerce as an excuse to abuse women.

Sharon Gelman: If boys and men can take the time to really listen to women – including those in their families and schools and workplaces but also women from diverse backgrounds they do not come into contact with – that would be such an important step.

Were there any considerations which informed the images you captured of the contributors to 200 Women? What were they?