Gloria Steinem once said, ‘You can’t empower women without listening to their stories.’ We agree.

This book was inspired by that belief and our subsequent idea to persuade two hundred women in different parts of the world – whether they be rich or poor, black or white, educated or uneducated, famous or unknown – to sit or stand in front of a plain sheet of fabric and to be photographed and filmed while answering five fundamental questions.

Our goal was not to make a book about just successful and powerful women; those stories are important, but we wanted diversity, and above all, authenticity. Two hundred ‘real women,’ with ‘real stories.’

We sought to cut away distractions and the visual context of each woman’s life and to simply focus on her humanity as we asked:

We travelled as a small tight group. At every stop, we would set up our humble sheet of fabric in the quietest and lightest space we could find, from a dusty rooftop above the streets of Kolkata to a snow-covered art gallery in northern Sweden, to a Palestinian refugee camp in Beirut, to a hotel suite we could barely afford in New York, to a township in Cape Town where we were surrounded by beautiful kids who thought a Polaroid picture was a magic trick, to the earthquake-damaged hills of Nepal, to the leafy suburban streets of Sydney and to many other places.

With our backdrop in place, and a call for ‘Quiet on the set,’ one of us would begin asking each interviewee about her life and when they were ready, we would quietly ask our five questions, and we would listen.

The list of interviewees was a mix of well-known women and others we learned about as we researched and travelled. Many were introduced to us by generous friends, friends of friends, colleagues and kindred spirits in various corners of the globe. Among them artists, activists, entrepreneurs and even an astronaut, alongside business leaders, a goat herder, a nurse, and a brave Nepalese woman who has spent most of her life living on the streets of Kathmandu selling cigarettes – one at a time – to support her family.

Their responses simultaneously educated, humbled and inspired us. Some came from a place of deep sorrow, but over and over we encountered uplifting examples of kindness, selflessness, strength, wisdom, inspiration and the most compelling of all, truth. Writ large was the value, beauty and privilege of being able to just listen to these women, to truly see their humanity, and to recognise our own in doing so.

In the poorest places, we came face to face with the cruel and very real correlation between poverty and inequality. In those places we shed tears as we listened to the stories of girls trapped into the sex trade, married off to strangers at the age of ten or eleven, denied education and basic freedom, and subjected to all sorts of misery at the hands of men and a patriarchal culture that sadly is still very much in business.

Wherever we encountered these stories of ‘us and them’ there was almost always pain and division. But we also witnessed that when people truly see each other’s humanity, beautiful things become possible.

Since the book was first published we have had the pleasure of meeting up again with many of the 200 women whose remarkable stories underpin this project, together with some new faces – one of whom we have the pleasure of introducing in a new updated and abridged edition, our own inspiring New Zealand prime minister, Jacinda Ardern.

Ultimately the lesson of creating this book has been that there are no ordinary women, and there is no ‘us and them.’ There’s just us. 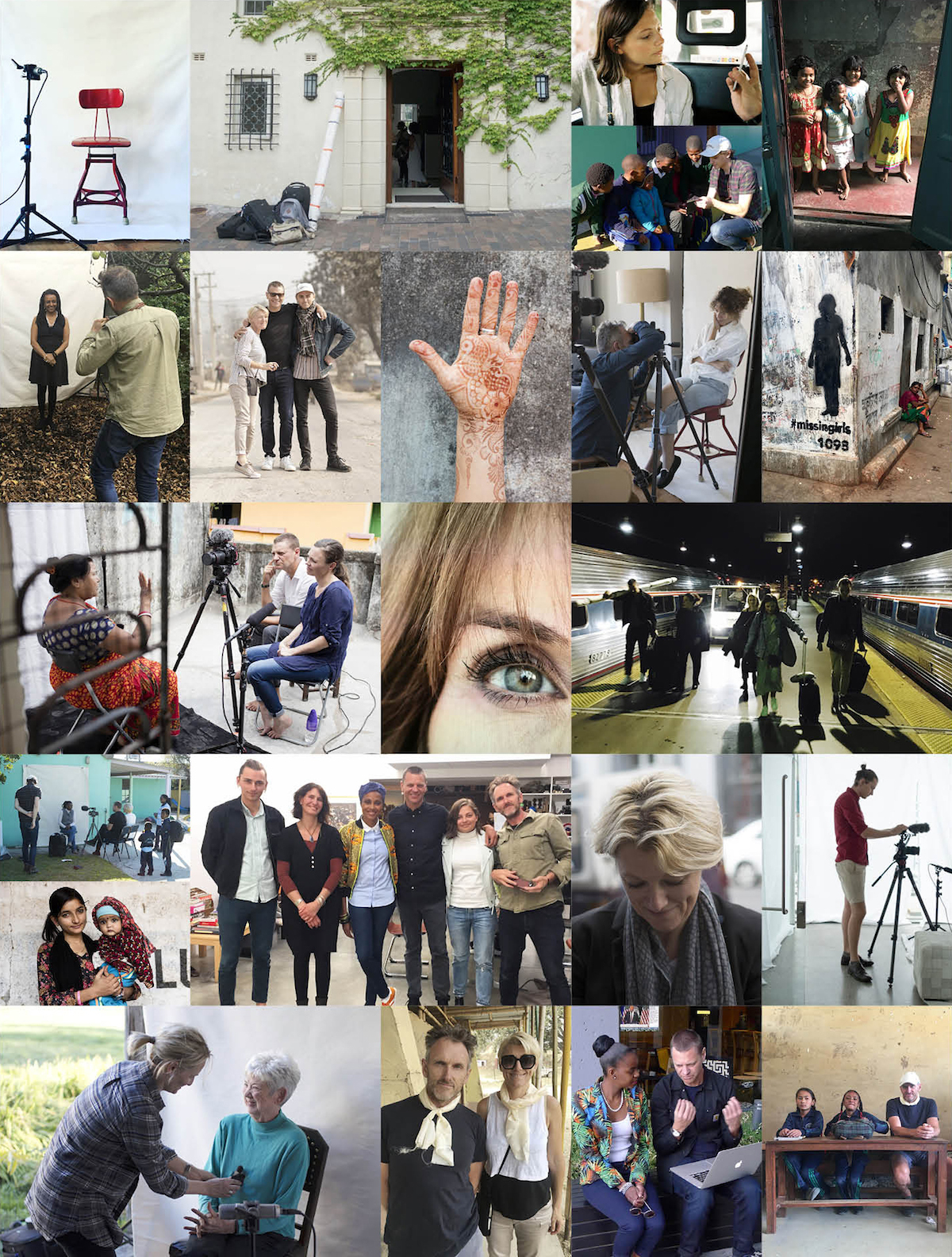